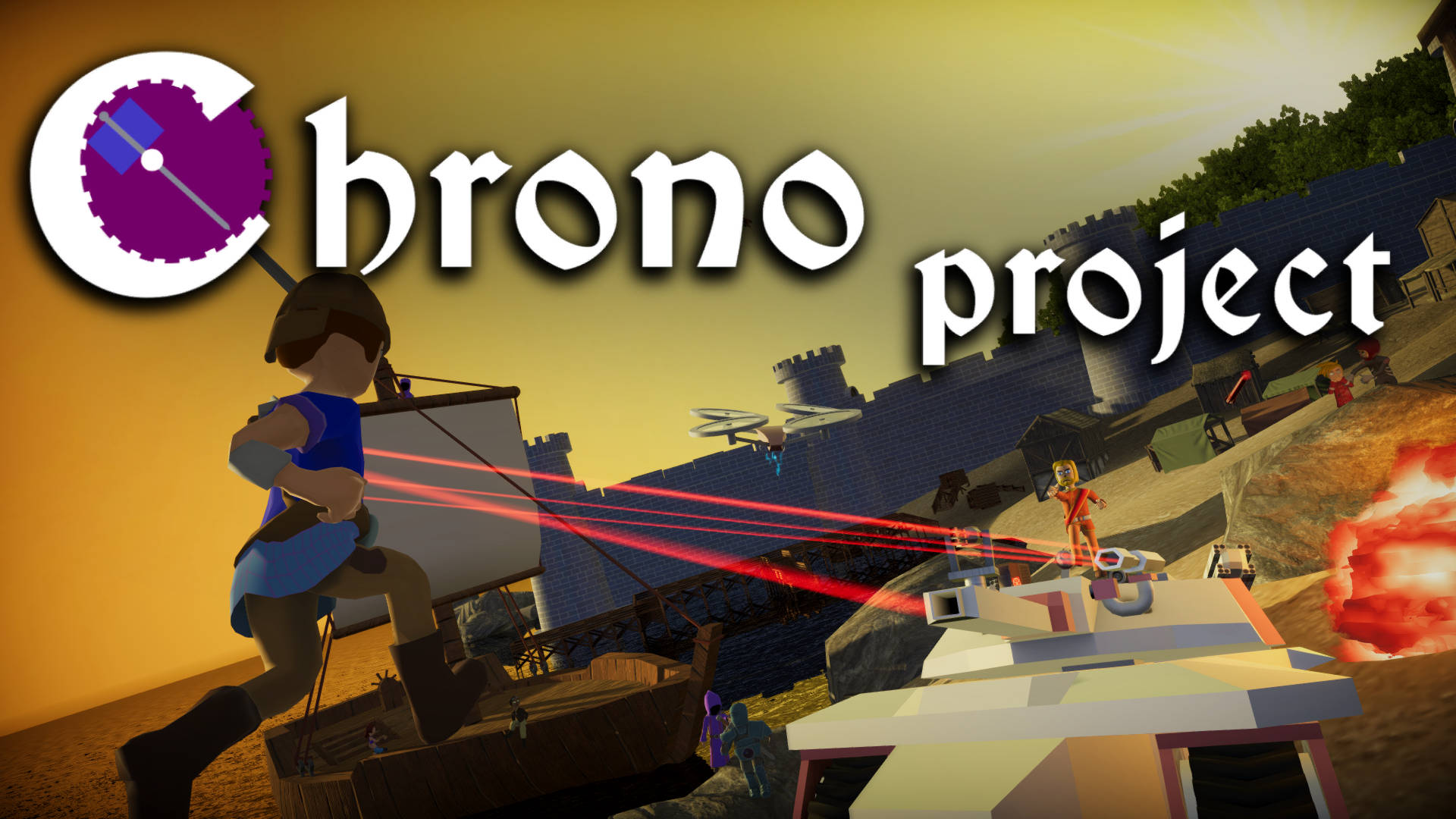 The Chrono project is a 2.5D action-adventure game set in a fantasy world. The player takes control of the chosen Chrono guard, who is given the power to rewind time freely. Using this power, the chosen must explore different future timelines, to find one that will resolve the age old conflict between Robo and Chrono.

Thanks to FreeAppsForMe, for featuring a
positive review on Chrono's project demo.

Thanks to Gameskeys for featuring the Chrono Project in their
Top Steam Games To Lookout For In June 2020 list!

Thanks to AppsLikeThese for featuring a
review of Chrono Project on their website.

The development of the game started with this central mechanic, since I was not certain it would be reasonably possible. I settled on a system that would save the game state every x frames, while providing visual interpolations in between. This would leave room to optimize, while striking a balance between performance and ease of programming the rest of the game. The rewinding mechanic would remain a niggle in the back of my mind troughout development, but a manageable one.

Since this would be my first exercise in story-driven gaming, I spent a lot of time working out a story line and a set of characters to place into a fictional world. I am very much architecturally minded when it comes to story writing. I ended up spending several weeks on the backstory for the fictional world and even ended up making a graph representing all the different branches. The final version ended up a bit different, though the broad strokes are present. 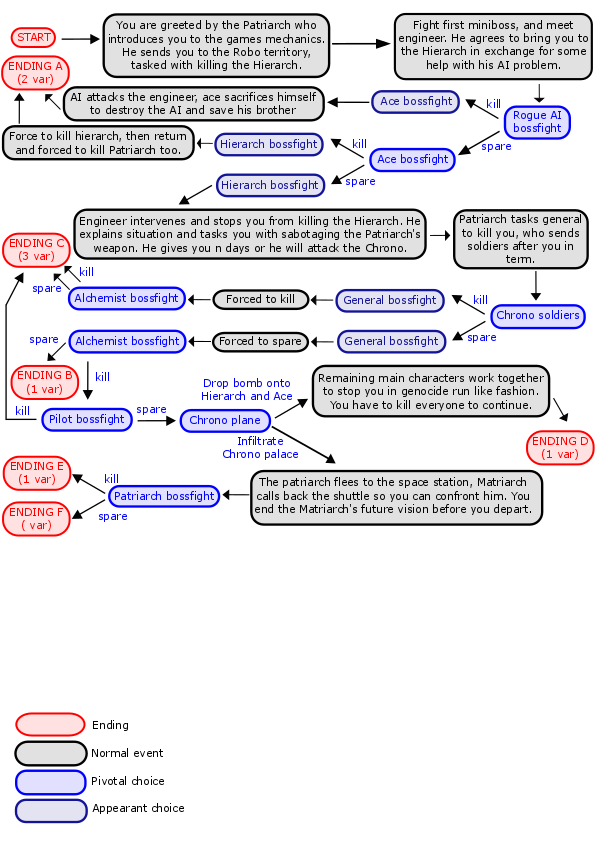 I settled on a fantasy setting that would secretely be science fiction, as in an alternate history version of Earth. The backstory detailed the exploits of Anne and Oliver who accidentally travelled back in time to the middle ages, and used futuristic technology to pose themselves as wizards and take over the world. In itself this isn't too original, but it would have a fresh context in a game that holds the mechanics to properly reflect the story.

Since I feel the need to put my education to work, certain elements of the story have detailed calculations behind them, so that they can have realistic proportions and implications.

The space station sequence was one of the first elements of the story that was planned out. The reasoning started with the need for a believable science fiction explanation of the time travelling abilities. This led me to the idea of exotic matter being produced in a factory based on a miniature black hole. This black hole could never be contained on the surface of Earth, so it had to reside in a space station, leading naturally to the time travelling research station; Negative Energy Black Hole Reactor or NEBHoR. In addition, the size, power output and gravity of the black hole is fairly realistic.

The size of the Robo territory was matched to the output of the atomic weapon shown in the game. There would also be more clues leading up to its reveal, about enrichment and processing going into its construction, though parts of these elements were cut out of the game for development times.

The Chrono emblem is actually an abstracted image of the space station as seen from Earth's surface. The station itself would be just barely visible to the naked eye, the prestige of which being a usefull tool in the conquering of Earth. 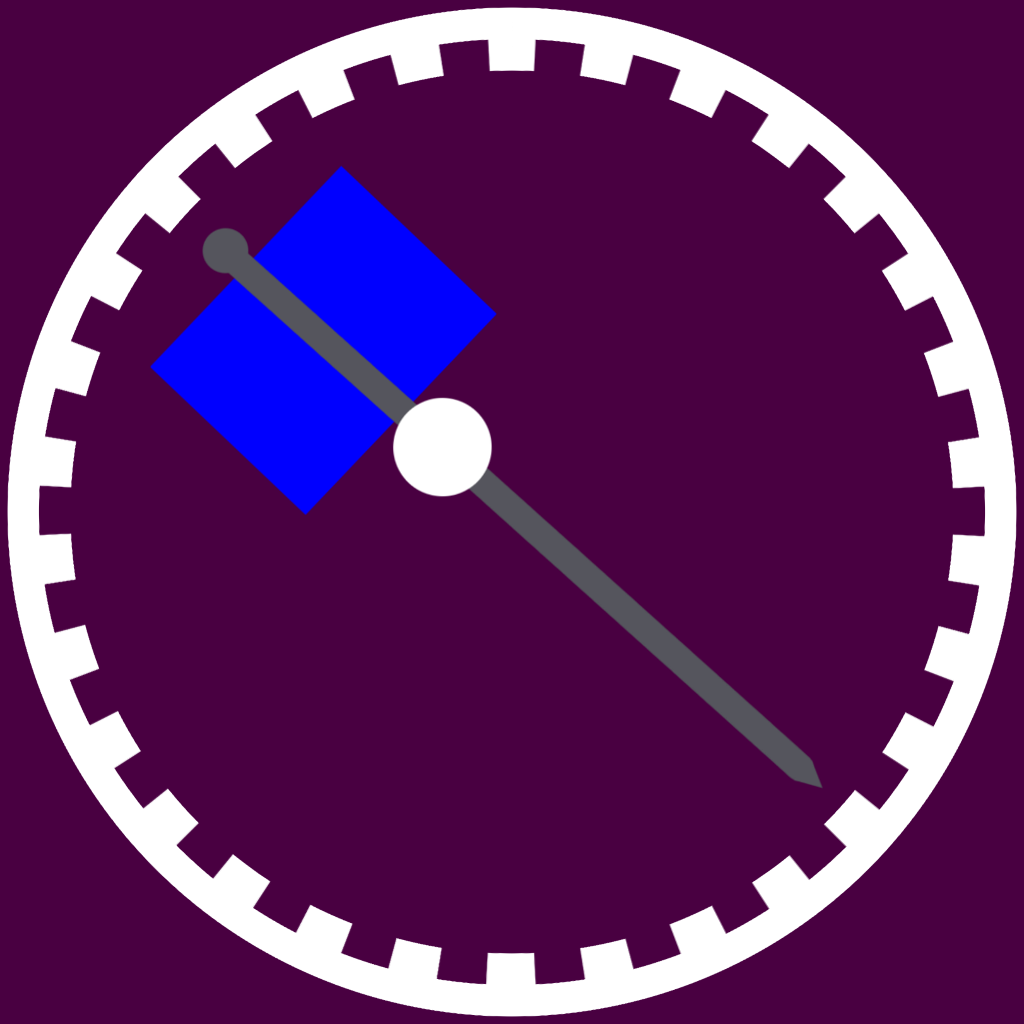 The position of the sun (and shadows) matches the orientation of the environments and the time of day, helping to give the player a sense of passing time.

The character models were the first assets created for the game, as their likeness already came forth from the writing of the backstory, it seemed natural to make all the characters in one stretch right near the start.

I settled early on a semi-realistic cartoony style, giving the characters drawned on faces, since I wasn't too confident in animating facial expressions. This seemed like a reasonable choice, though coming back on it I would have preferred to pick a more exagarrated style, with more varying bodies and animation per character. In general though I think going for the full 3D characters is way too much for a single developer, as managing animations, text and everything else was one of the more time-consuming parts of developing the Chrono Project.

Between start and finish 1.5 years had passed. I worked on the Chrono Project mostly alone during my spare time, doing pretty much everything myself apart from music, and whatever free models, textures, sound effects etc. I could cobble together.

3 months into development, I launched a kickstarter campaign which failed quite miserably. I'm unsure wether the game just lacked general appeal or needed more advertising, though I suspect both factors could use some work. After the failure, the project got mostly shelved for the better part of a year, before the Corona crisis gave me the time to pick up development and finish a reduced version of the original plan.

I can't say I am entirely happy with the way the game turned out, though I do think it provides a fairly unique experience that should suit seasoned gamers, who are willing to overlook a lack in polish and refinement for the sake of something fresh.

The ordeal has made me somewhat disillusioned with my future in indie development. I feel like I am spending insane hours building things that ultimately don't matter much to anyone. In response, I'm planning to pursue much smaller projects in the future, that leave me some room to focus on advertising and polish, while being better able to react to any viral uptake a given game may generate.